The missionary has been literally around the world sharing what God has done in her life that included rescuing her from 14 years as a drug and alcohol addict from the age of 13 to 27. Amy started with alcohol and marijuana but progressively moved to the harder drugs – crystal meth, acid, cocaine or, as she puts it, “anything I could get my hands on’’ until turning her life over to God.

She has allowed God to speak through her “Grace Story” in churches, schools, civic clubs, jails, prisons and the missionary field of Uganda. Amy passionately shares her life story as a drug addict and how that passion turned to serving God once she surrendered it all to Him.

Amy has run in several world marathons, including multiple appearances in the Boston Marathon. She competed in the 2013 Boston Marathon that was marred by the terrorist bombings. She finished the race 30 minutes ahead of the bombs and 22 family members left two minutes before the bombs detonated at the finish line where they had been the entire day.

Her mission organization, Amy For Africa, began in May 2013 and has grown in support so much that Amy was able to quit her 12-year career as a registered nurse and become a fulltime missionary for the organization in March 2017. Her husband, Chris, was also able to join her on the mission field fulltime in 2021, quitting his nursing job. A book about Amy’s life, Grace Runner, was published in 2015.

AFA initially helped support six Christian schools in Moyo and is currently operating its own school – the AFA Christian Academy – with more than 300 students. After breaking ground in the fall of 2019, the $561,000 academy was completed in January 2022 despite COVID-19. It covers 22,000 square feet.

Amy and her husband are on the mission field with their youngest son, Jarek, in Uganda. They live in Ashland, Kentucky, when stateside. They also have two grown daughters, Skylar Justice and Bailee Compston, and another son, Elias Jackson. 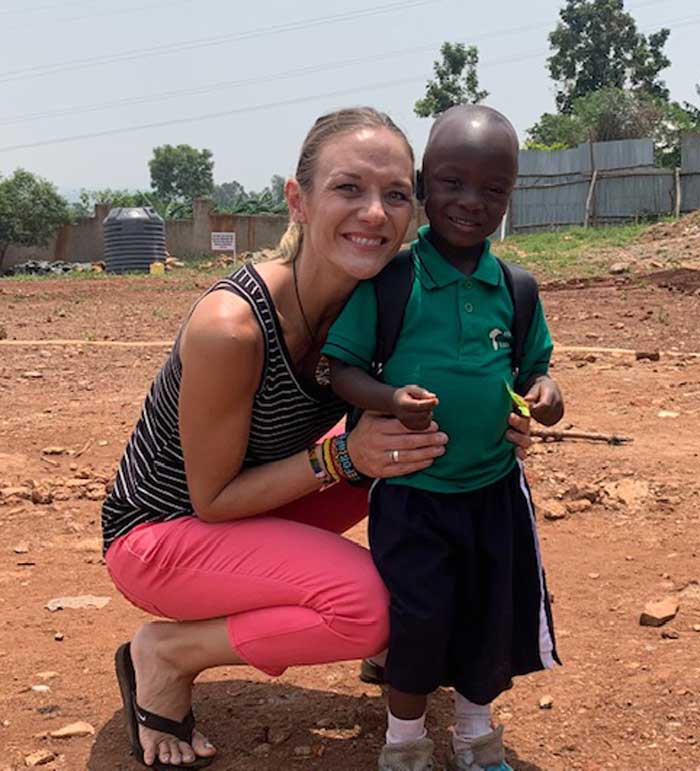