ASHLAND, Ky. – If we’ve been taught anything in the Amy For Africa ministry over the past 6½ years, it’s this: God always shows up.

As AFA has grown from a one-time fundraiser in 2013 to a full-fledged international ministry that is, through God’s amazing grace and power, building a $1.1 million school for children in Uganda, we have become more and more aware of His presence.

When our faith wavers, God shows up.

When our faith is strong, God shows up.

When our need is immeasurable, God shows up.

Three weeks ago, we were facing a daunting monthly payment toward the construction of the AFA Christian Academy. We have an aggressive 15-month plan to get the school ready for a startup in January 2021 because, well, that’s what God told us to do. We knew it was going to be tough, but we entered into the project with faith that Phase 1 – a $561,000 undertaking that includes all the classrooms – could be done.

It was a gigantic leap of faith. 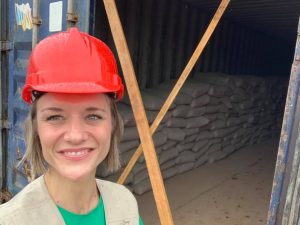 It was a Monday afternoon and Amy Compston, the leader and face of the Amy For Africa ministry, called with this sobering news: “We need a financial miracle.”

There was prayerful desperation in her voice as she told me where we stood. She knew it was beyond what either of us could do on our own or ask anyone else to do. We had only one avenue to take: Pray for a miracle.

My role with AFA has been as a manager who helps schedule Amy’s many speaking engagements, a fundraiser/idea person and the public relations arm of the ministry. More importantly than any of those tasks, Amy also depends on me and my wife to pray and that was her message to us on that Monday. She wasn’t asking me to find somebody to donate the kind of money that we needed. She was asking us to join her in pray for that financial miracle.

WATCH AS AMY SPEAKS HER HEART

So we did. And she did, and so did her husband and her family, and so did a prayer team that she assembled with some of the most faithful people on the planet, prayer warriors who believe in what we’re doing. We all prayed for a “financial miracle” because that’s what we needed. It was out of our hands and in God’s. 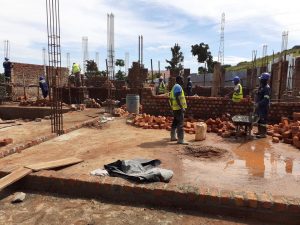 Where are you God?

Then guess what happened?

Beginning Thursday of that week, there were some encouraging signs and donations, including one from a woman on a fixed income who sent $1,000 – the widow’s mite in action. Others followed that same day. It was more the same on Friday and Saturday. Even though we were still far short of the $33,500 that was needed to complete the $47,700 payment by the end of Saturday, we had another day and God was on the move. We saw it and we knew it. 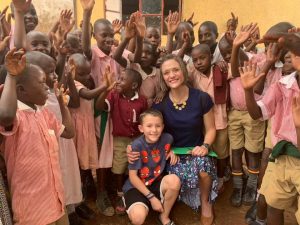 Amy had speaking engagements at two small Indiana churches on Sunday and we knew very little about them. But before that day was over, a total of nearly $17,000 was given by these generous churches to bring us within around $5,200 of what was needed. Our faith was going to be tested again. Nothing happened for several days and then Sunday night, the day before the payment was due, a couple donated $2,000. The following morning, they gave another $3,200 and God had given us exactly what was needed.

Why do we ever doubt Him?

The experience was a teachable moment. God showed me who was in control – and it wasn’t me. It was Him. His work isn’t done with our strength, but with His power, working in and through us. That’s what completes the plan for Him.

We never know what God is going to do next or how He may choose to use us, if He decides to use us at all. The photographs of the school construction that Amy sent this week via Facebook this week makes my heart swell. That’s what happens when you’re looking with eyes fixed on a miracle.

God’s work is being completed because this work belongs to Him. His plans will be completed in His way and in His time and we are thankful to be eyewitnesses to this miracle.

Our job is easy: trust and obey and get out of the way.