Goal set at $32K for Medical Mission to Moyo 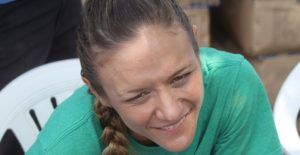 ASHLAND, Ky. – Amy For Africa is entering 2016 rested, renewed and with revived spirits.

Our prayer is that God is not done with us yet.

The organization is full of faith and anticipation for what is ahead – a medical mission trip to the Moyo district of Uganda in May. Three doctors, six nurses and a paramedic make up part of the AFA traveling team that will be in Moyo from May 17-31.

The medical mission is expected to reach 21,000 children and adults living in the remote villages. For every $1 given they will be able to be seen and treated by medical personnel, some for the first time in their lives.

Two life-saving vaccines to prevent measles and TB will also be given to more than 2,000 children for only $4 per child. Four out of five children in the Moyo district die before reaching the age of 5 because of disease.

Amy For Africa has a goal of $32,000 to reach by the middle of April to take care of the medial. You can donate by clicking here

“God has spoken very clearly to me about this mission trip,” said Amy Compston, the co-founder and face of the nonprofit organization. “I have total peace that it’s supposed to be a medical mission and God is already assembling the perfect team.”

Last year a dozen Americans traveled to Moyo with AFA and passed out 26,316 pair of shoes to children living in the villages where five Penne Paris Schools are located. God allowed AFA to raise $52,000 – $2 for each pair of shoes – through the generosity of the surrounding communities. Individuals, churches, schoolchildren and even prison inmates provided the funding that allowed the mission to put shoes on more than 26,000.

“It was such a blessing, something that none of us will ever forget,” Compston said. “God has blessed this mission abundantly more than we could ask or imagine, just like He promises us in the Bible. We are humbled to be part of it and pray He continues to use not only our team but the Tri-State area in mighty ways. The generous hearts of the people from this region make it possible for us to provide for these precious souls – and, remember, that’s exactly what they are.”

Instead of shoes, this time it will be to provide medical needs – everything from vaccines for each of the children to treating serious injuries and ailments. The plan is to put on medical clinics in each of the villages.

Besides tending to the medical needs, the AFA team will also be offering help for the spiritual needs of those in Moyo. They are open and ripe to the gospel after having needs met. This time of outreach has been the backbone of the United Christian Expedition, which partners with AFA in Uganda.

“We’ll visit the six villages where we have schools and see as many people as possible,” Compston said. “We could have as many as five to six thousand in each of the villages. It’s going to be some long days but God will be glorified.”

While in the villages and dealing with medical needs of the children, other AFA team members will be working with the teachers of the Penne Paris Schools who have asked for assistance in learning fundamental techniques from the Western part of the world.

The Penne Paris Schools, started by UCE President Dr. Floyd Paris and named in memory of his late wife, are considered the finest in the Moyo district. The sixth Penne Paris School is supposed to be up and running in February.

Here is a breakdown of what the medical mission will provide:

-$4 per child to administer two life-saving preventative vaccines to 2,000 children.

– $1 per person to provide a medical evaluation and treatment for children and adults in six different villages by United States doctors and nurses traveling with the team. We expect to see a minimum of 3,500 per each of the six villages for a total of 21,000 people.

-Women’s healthcare, including assessment, pelvic exams, prenatal care, and education, will be provided.

-Treatment of acute gastrointestinal infections, including worms, diarrhea, and vomiting.

-Pediatric health assessment. Most of these babies and children have never seen a doctor or a nurse.

-Burn care will be provided. Burns are a common injury in Moyo because of the rudimentary methods of cooking and heating.

-Provided medicines will be given by mouth, IV and injections.